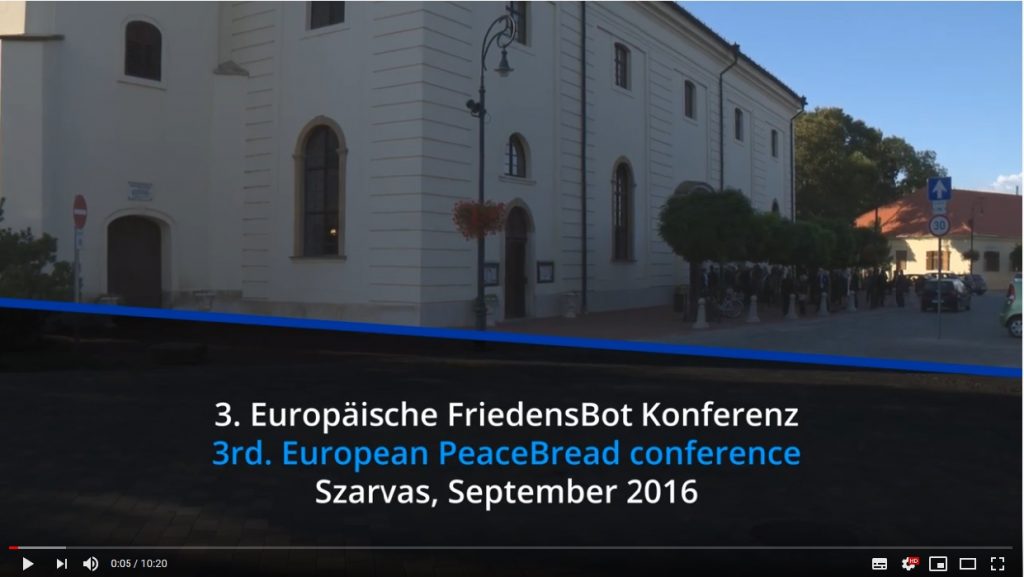 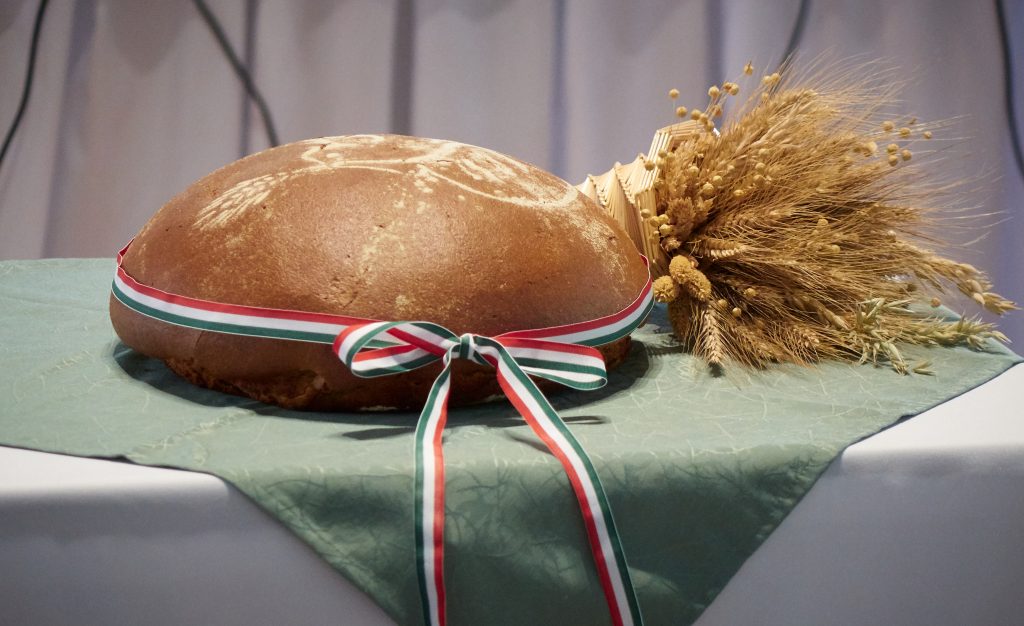 A real success without a doubt: Minister Dr. Sándor Fazekas, Hungary, Federal Minister Dr. Christian Schmidt, Germany and other high-ranking representatives of the agricultural ministries from all over the twelve partner countries of the PeaceBread-project met on September 22nd and 23rd, twelve years after most of the partner countries joined the EU, with more than 40 civic representatives of the PeaceBread forum “Peace and Agriculture” at Szarvas. 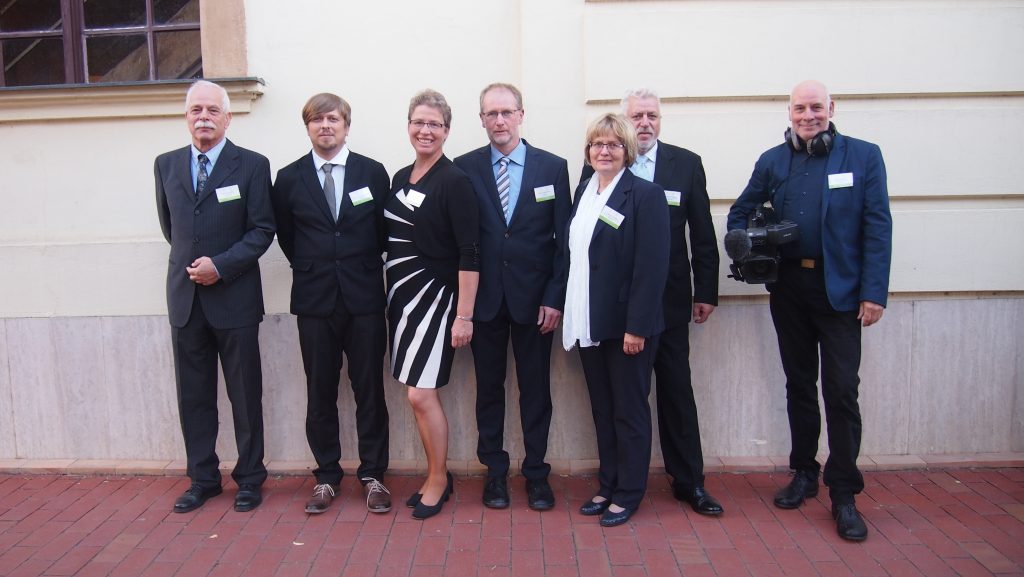 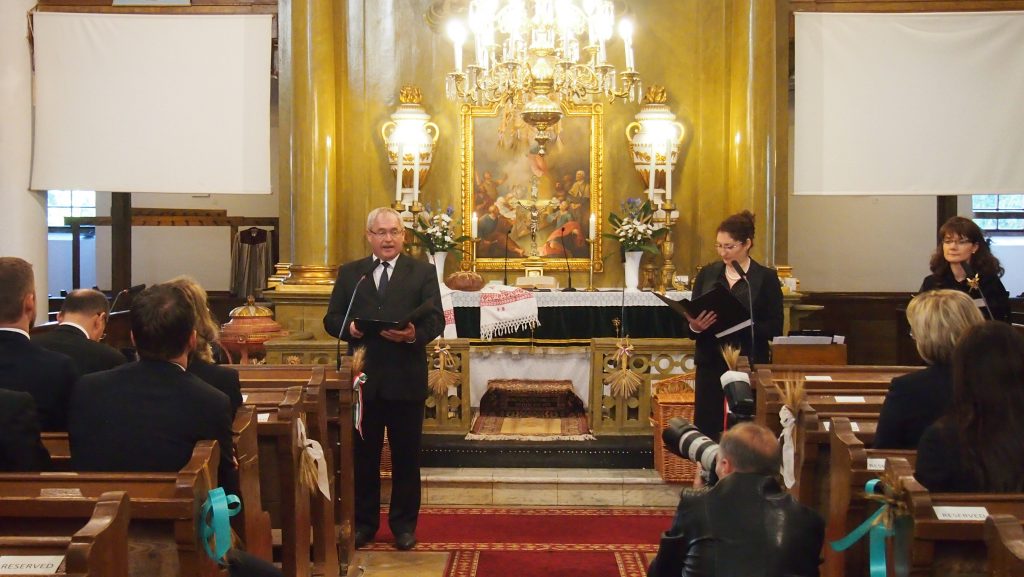 The welcoming ceremony took place in the afternoon of September 22nd at the Old Lutheran Church at Szarvas. The Hungarian Minister for Agriculture Dr. Sándor Fazekas acknowledged the PeaceBread- project in a speech as an important symbol for the connection of peace and sustainable agriculture in Europe. He also emphasized the fact that agriculture in Europe not only renders considerable economic services to provide for the population but also cares for traditions and holidays that are related to it. Traditions help to master the future on the basis of our common values. 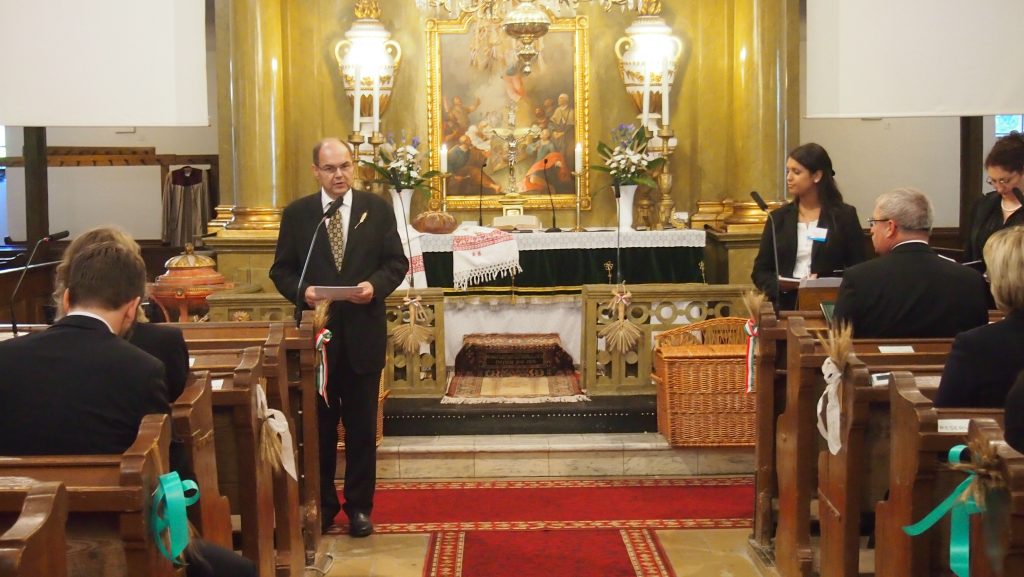 The Federal Mister for Food and Agriculture Dr. Christian Schmidt from Germany explained in his welcoming address: „The Peace Bread – initiative shows, that sustainable and strong agriculture is the best soil for peace and understanding in Europe. More than 500 million citizens in the EU can trust in the services of the farmers.” Schmidt also demanded: “We have to increase the appreciation for agriculture and therefore for our European agricultural policy. Agriculture belongs in the centre of society.” 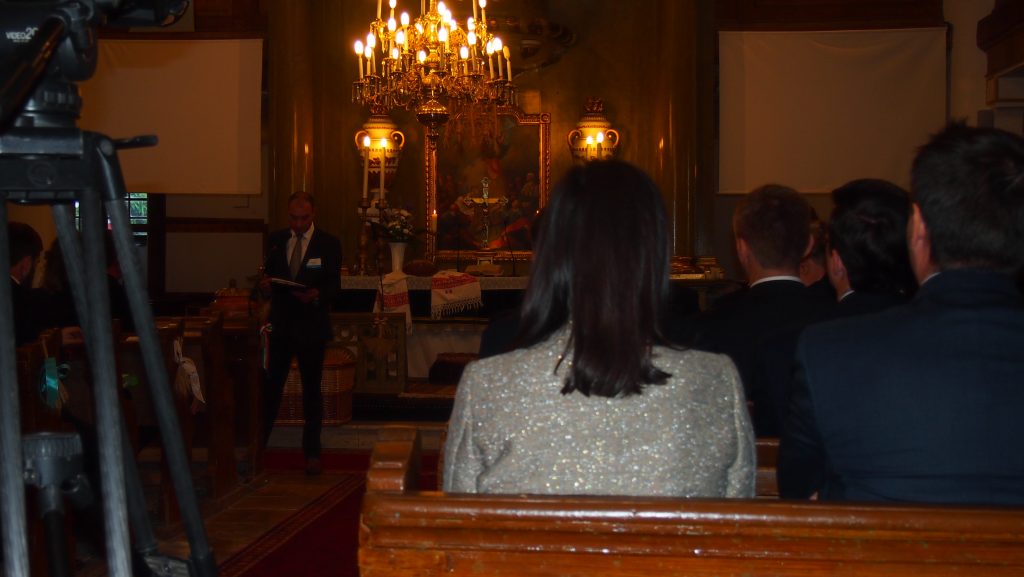 Svilen Kostov, the Bulgarian Deputy Minister for Agriculture and Environment Protection emphasized that the PeaceBread- movement is an excellent opportunity to create alliances that extend the cooperation among agricultural players to other related areas. 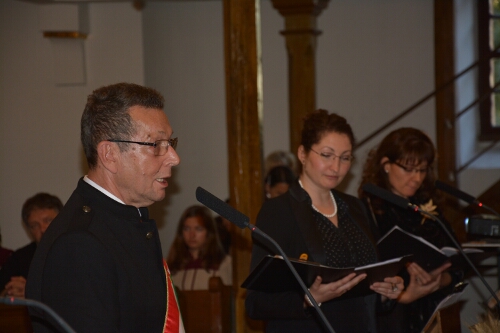 Mihaly Babak, the mayor of Szarvas, pointed the eventful history of his town out and the fact that its inhabitants have mastered difficult times with hard work and effort and know what it means to live in peace. 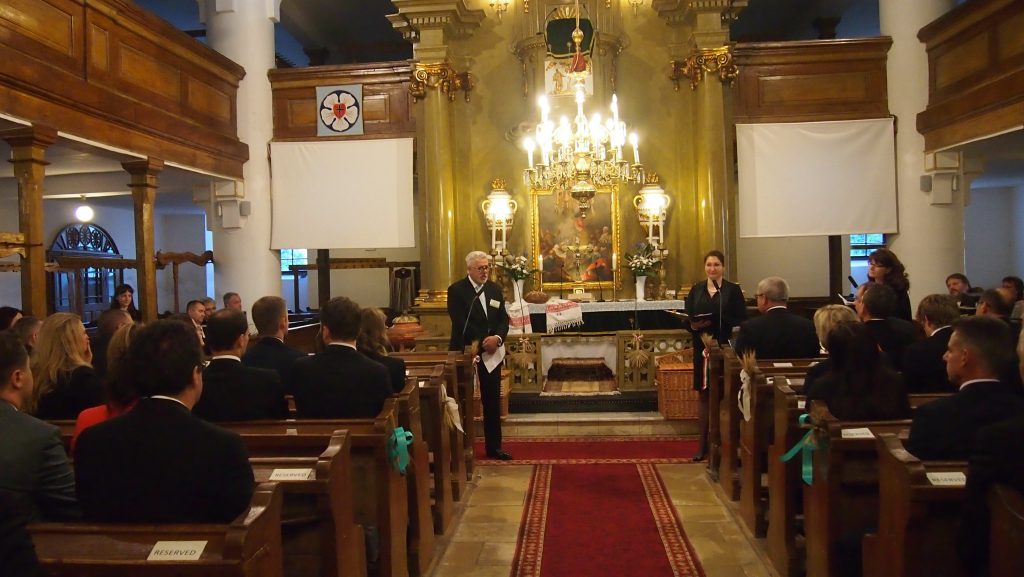 Dr. Gibfried Schenk, Managing director of German PeaceBread Association thanked in the name of all civic participants from the twelve partner countries the Hungarian hosts for invitation to 3rd International Conference “Peace and Agriculture” in beautiful Szarvas in the middle of Hungary. “We are extremely proud“, said Schenk, „that a high-ranking circle of Ministers for agriculture is joining us at this conference to bring the PeaceBread- project even further with us. We are very happy, that you dear agricultural politicians, support our idea so enthusiastically!” Schenk continued „There are a lot of conflicts, problems and even sometimes disagreements between friends in Europe and the European Union. Therefore it is all the more important to bring the people in Europe together, to get involved civically and to talk together and not about each other.” 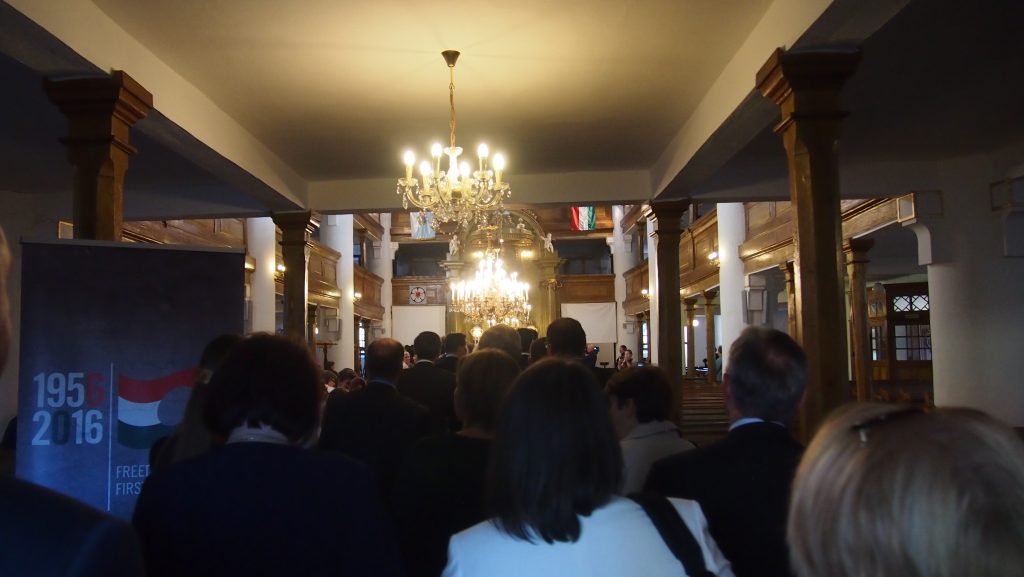 A short documentary film by the hosts followed, which served as an impressive reminder of the Hungarian uprising of 1956. 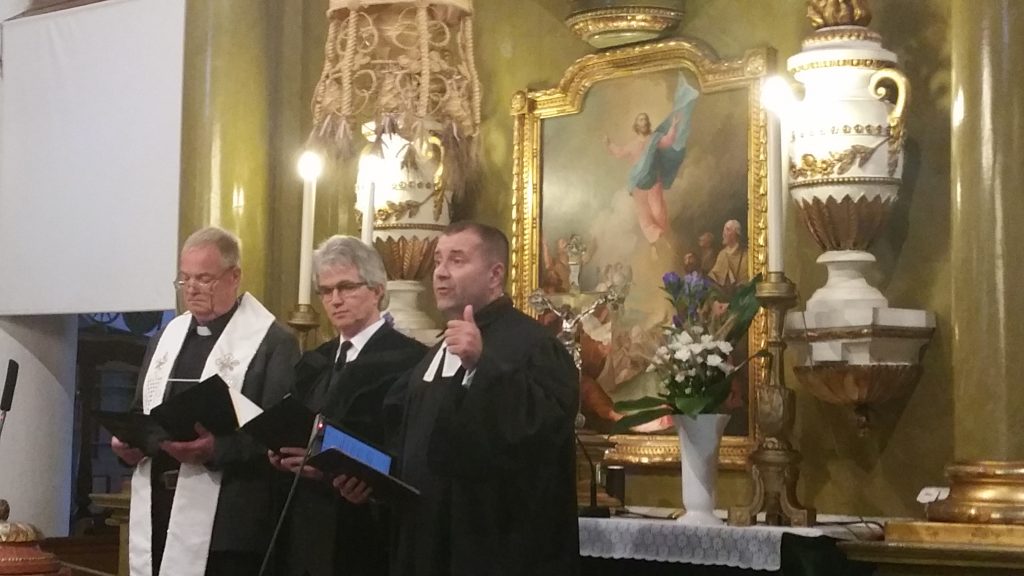 During the further course of the welcoming ceremony the Lutheran dean Zsolt Lázár, the Protestant pastor Attila Pentaller and the Roman-Catholic priest Abrose Seidl acknowledged the PeaceBread of 2016 in an ecumenical service. 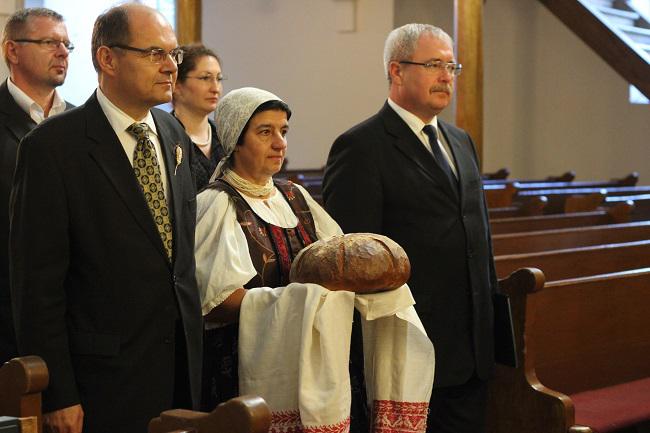 The representatives of the churches together with Minister Dr. Sándor Fazekas passed the freshly baked PeaceBread to the Bulgarian Deputy Minister Svilen Kostov. Bulgaria will be the host for the PeaceBread-Conference in 2016. 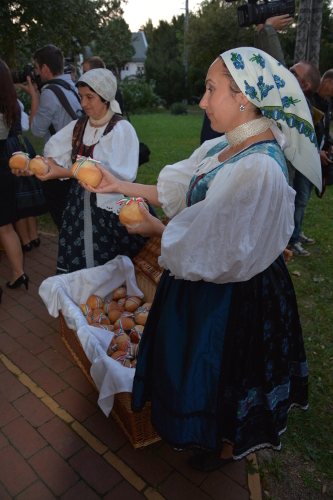 All the participants of the welcoming ceremony received a little PeaceBread as a memory token when they left the church. 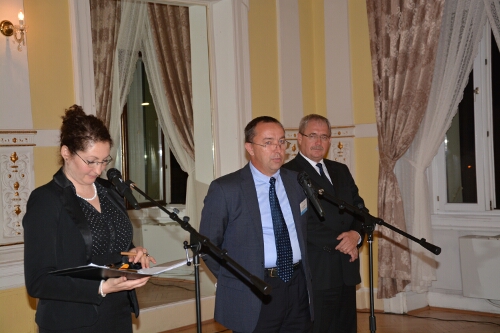 The evening of September 22nd ended with a gala dinner in the spending banqueting hall of the Árpád Hotels. The director general of the National Center for Agricultural Research and Innovation (NAIK) Norbert Somogyi welcomed the participants. 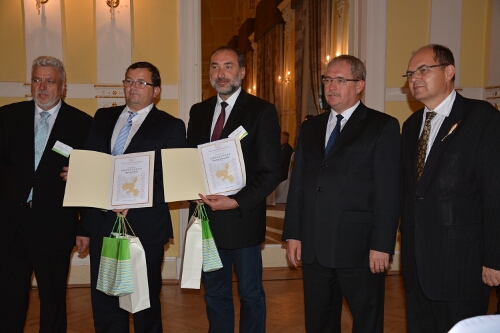 After this Dr. Schenk, supported by Minister Dr. Fazekas and Minister Dr. Schmidt, awarded the newly created title of „PeaceBread- Ambassador“ to the Embassy Secretary of the Hungarian Embassy in Berlin Nandor Beki and to the mayor of Suchowola, Poland, Michal Matyskiel. This title is supposed for people who enamoured themselves notably for our common project. They are becoming permanent honorary members of our forum „Peace and Agriculture“.

A further highlight of the evening was the presentation of traditional Hungarian folk dances. 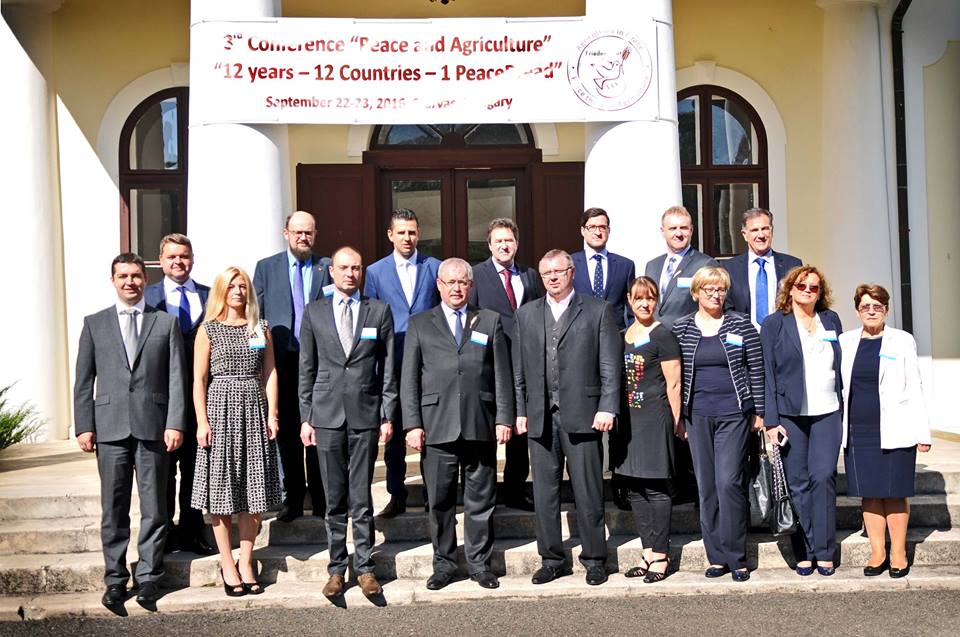 The mid-morning of September 23rd was used by the representatives of the ministries for their discussions at the Körös-Maros National Park Conference Center with the topic „12 Countries / 12 Years in Agriculture – the Future of a Common agricultural Policy”. 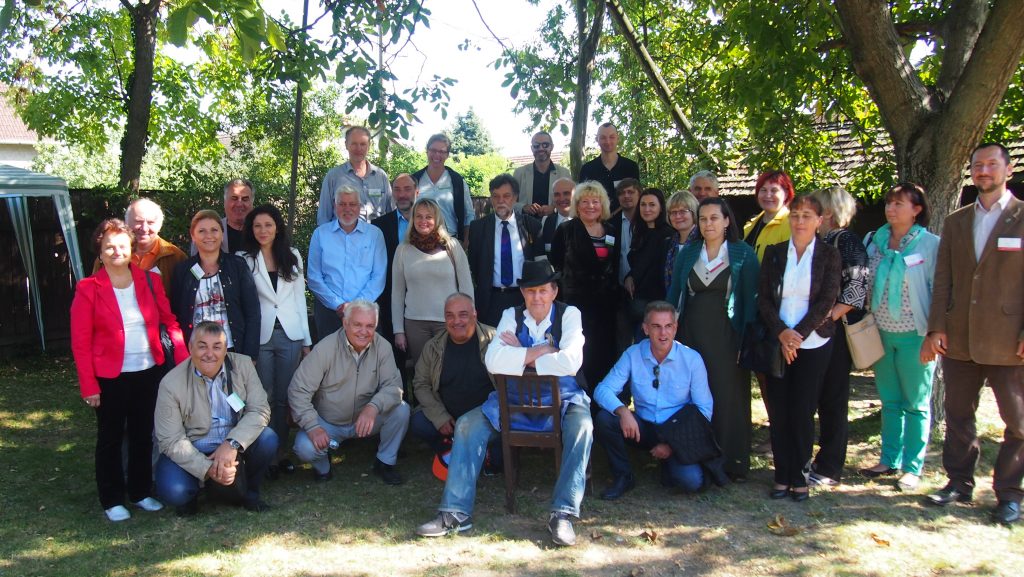 The civic participants embarked on an excursion to the Rice Research- Station of the NAIK, to a traditional horse-run mill, which grounded the PeaceBread- flour of 2016 and to an arts- and crafts manufactory.

In the afternoon the civic participants moved in to the conference centre to start their workshop on the topic: „The young Generation and the Rural Areas. Dissent or Future- Sustainable Models of Success in the Partner Countries”. 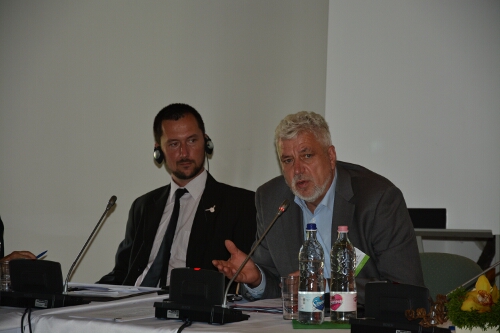 Host and managing director of the Hungarian PeaceBread Association Mihaly Jansco and Dr. Schenk welcomed everyone and explained the course of the event. Daniel Kopperschmidt, Member of the Board of the German Federation of Rural Youths and Svetoslav Rusalov, president of the Bulgarian Association of Grain Producers, host of the PeaceBread-Conference in 2017, introduced everyone into the subject matter. 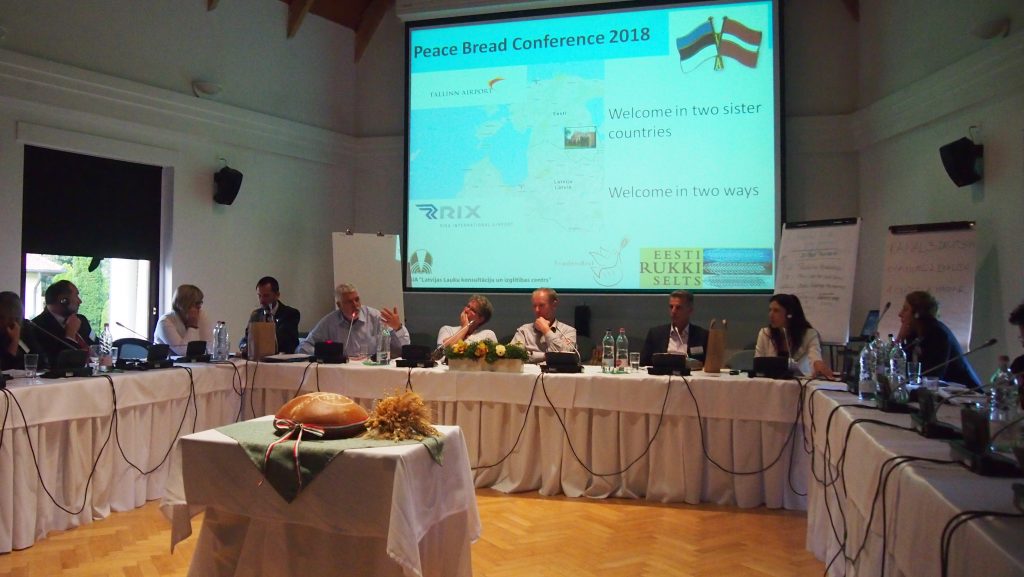 An important proouncement was given by delegations of Estonia and Latvia. Both together will organize the conference „Peace and Agriculture“ in 2018.

Three work groups were formed and retreated for separate talks:

On the basis of the three areas of sustainability: economy, ecology and social issues, the three work groups collected each two or three experiences from their immediate surroundings. The best ideas found their way into the mutual declaration „No Future in Agriculture without Youth”, which was adopted in the following common declaration:

PrevMrs Rasa Zuikienė, Deputy Head of the Plant Variety Division of the State Plant Service under the Ministry of Agriculture in Vilnius, sent German Association PeaceBread a nice picture with following letter
Democracy is not achieved by just sitting on the spectator’s bench: Respectful mutual dialogue is a challenge in troubled timesNext