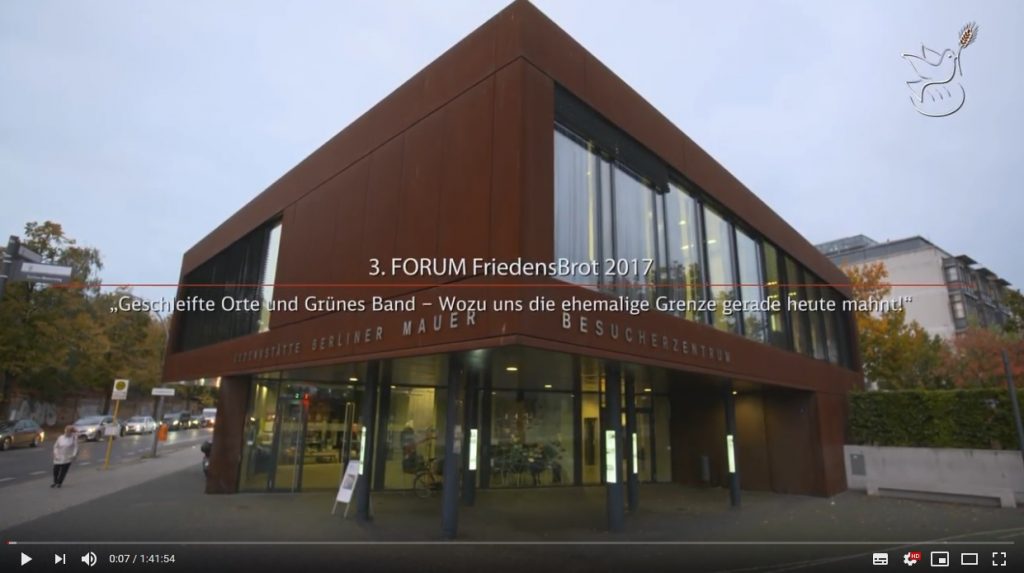 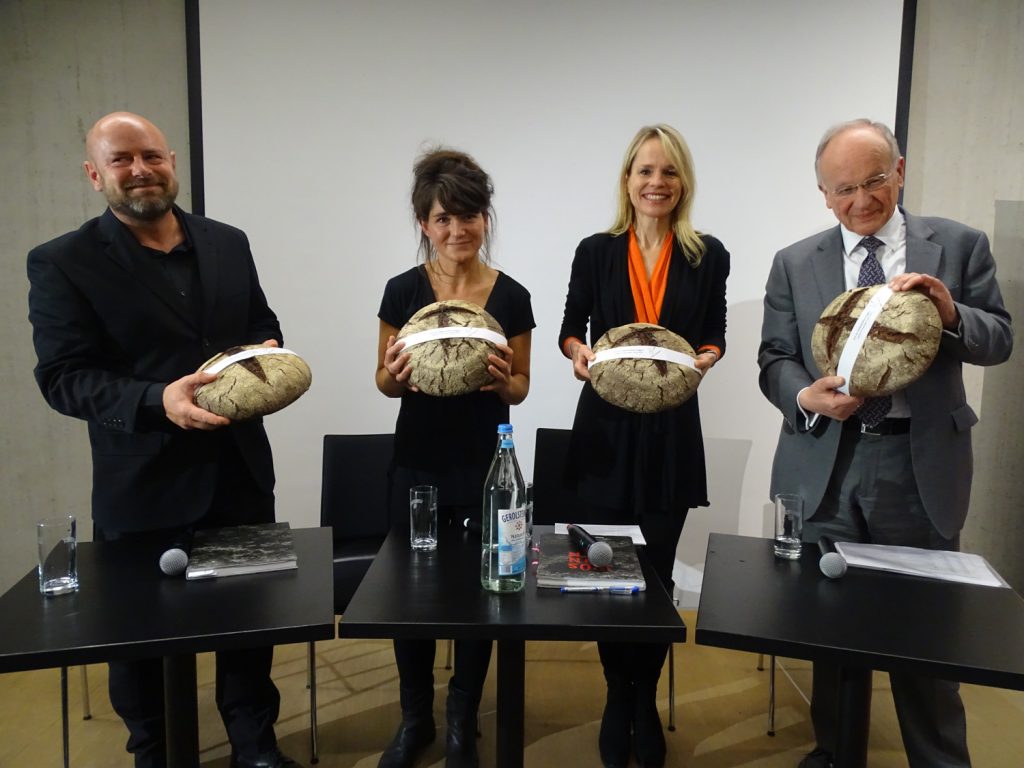 (If everybody would plant a flower, or would dance instead of shooting and pay with a smile instead of money…) 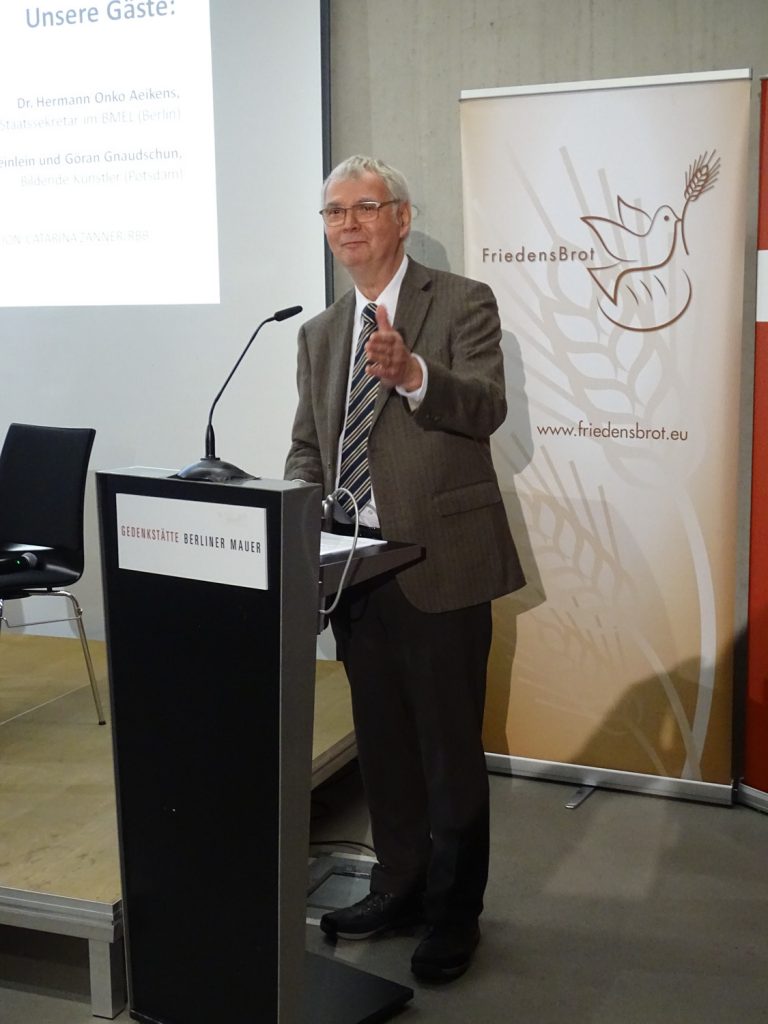 With these lines of a poem by Peter Härtling the chairman of the PeaceBread Association Adalbert Kienle opens his short summary at the beginning of this years FORUM PeaceBread in Berlin.

„It has become a traditon by now“, Kienle eloborates further: „Every year, today for the third time, we like to invite to FORUM PeaceBread und talk about peace, Europe, agriculture, cities and rural areas…The discussion rounds so far have been a real treat. It was good, that this has been documented in a worthwhile film. And today will be the same .“ 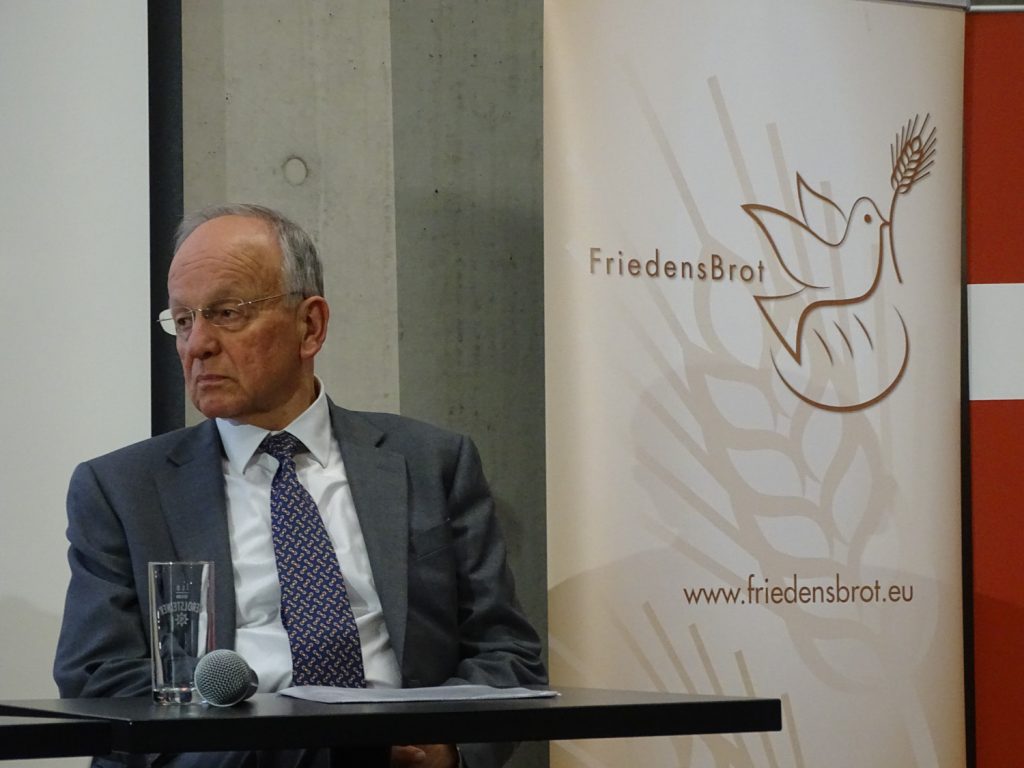 Anne Heinlein and Göran Gnaudschun, studied at the Academy for Fine Arts in Leipzig, both have received numerous awards in the field of artistic photography.

Before Adalbert Kienle passed the word to Mrs. Zanner, he finishes the poem by Peter Härtling:

(In summary: It is about small steps people can take like not boasting about your own strengths, or being truthful and sharing burdens, that would start to take mankind a little closer to peace) 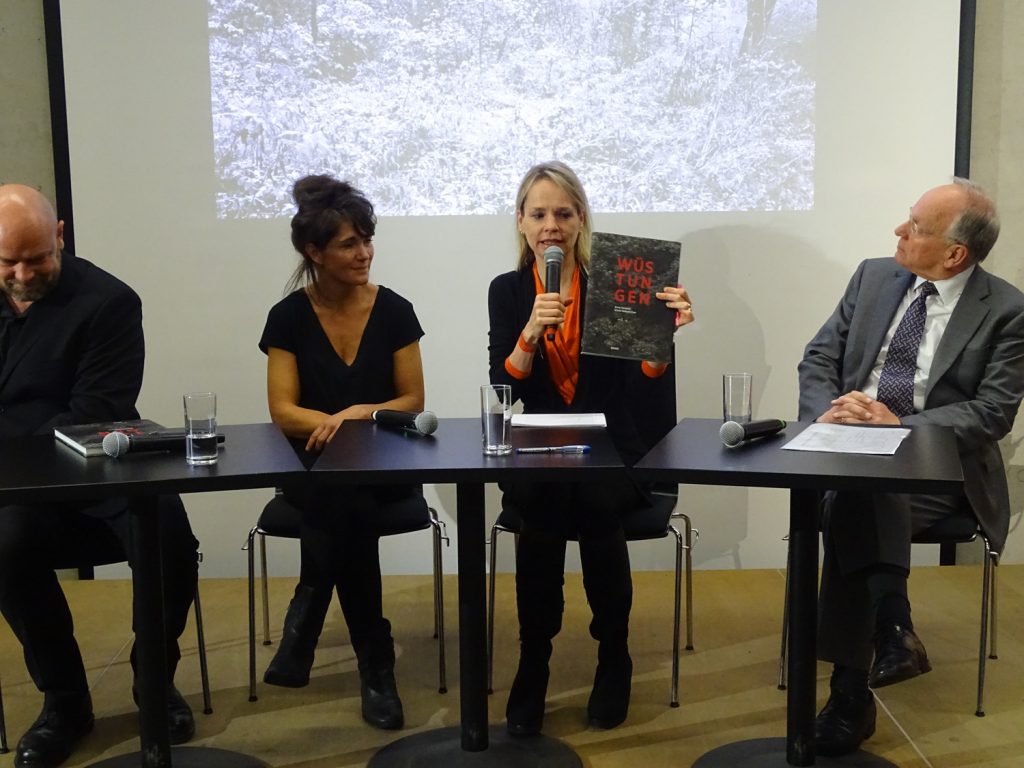 Along the former inner-German border single farmsteads and villages were made level with ground, because they were in a free line of fire, hard to guard, to close to the border. Impressive photos from the exhibition and book project „Deserted“ from Anne Heinlein and Göran Gnaudschun are shown to the audience. The book is a moving artistic analysis of the meaning of home, homeland and homestead and its loss as well as nature and its reconquest. Dr. Hermann Otto Aeikens, as well as Anne Heinlein and Göran Gnaudschun deal with the meaning of homeland and its loss, with hope and success as well as conflicting goals and disputes.

All this impressively conveys how the former inner-German border has been transformed to a Green Band, the largest nature conservative project in Germany. Dr. Aeikens took an active part of building this process.

„Agra-Europe“ reports on October 16th (Nr. 42) about the discussion at the 3rd FORUM FriedenBrot:

„A growing significance of rural areas in the political discussion was determined by state secretary Dr. Hermann Onko Aeikens from the Federal Ministry for Food and Agriculture. ‚The rural areas have arrived in the big politic’ Aeikens said at the Forum …. The state secretary called to take the constitutional order to create equality of living conditions more seriously and implement it in concrete politics. A Federal Ministry for Rural Areas has a key function in this. A condition for this has been created at his department with a division for ‚rural areas’. The former minister for agriculture of Saxony- Anhalt warned again of structural upheavals in the eastern-German agriculture. The important role of the agricultural sector as a stabilising anchor in the rural areas is undermined by the entry of non-agricultural, supra-regional operating investors. The need for action for the agricultural land law is more urgent than ever. Apart from that, the strengthening of farm businesses is need with the means of a targeted sponsoring policy.

Adalbert Kienle, as well as Dr. Aeikens honoured the work of the artists Anne Heinlein und Göran Gnaudschun from Potsdam about grinded places along the former inner-German border as an ‚important piece of German-German remembrance‘. It is the credit of both designers, to have brought the demolition of more than 100 farmsteads, hamlets and villages as well as the deportation of the inhabitants from the border area, that did not stop until the end of the 1980ies, with their book and exhibition project ”Deserted” into the limelight and processed it artistically…The places had been made level with the ground, because they were in the line of free fire, hard to guard or too close to the border… In the discussion with the artists and the participants of the Forum, Aeikens defended the establishment of the Green Band after the reunification as an important contribution ‚to secure the silver ware of the German reunification’ and as a great nature conservation project. The former ministry official admitted at the same time, that the implementation of the trans-state project on the former border area did not always do justice to the individual cases of the affected persons. This applies to farmers as well as to the former landowners, even if the law regulations had provided a clear frame. The state secretary deduced from this the necessity to thread carefully in nowadays interest conflicts, when it comes to finding a balance between agriculture and nature conservation. A balance is possible with the goodwill on both sides in many cases.” 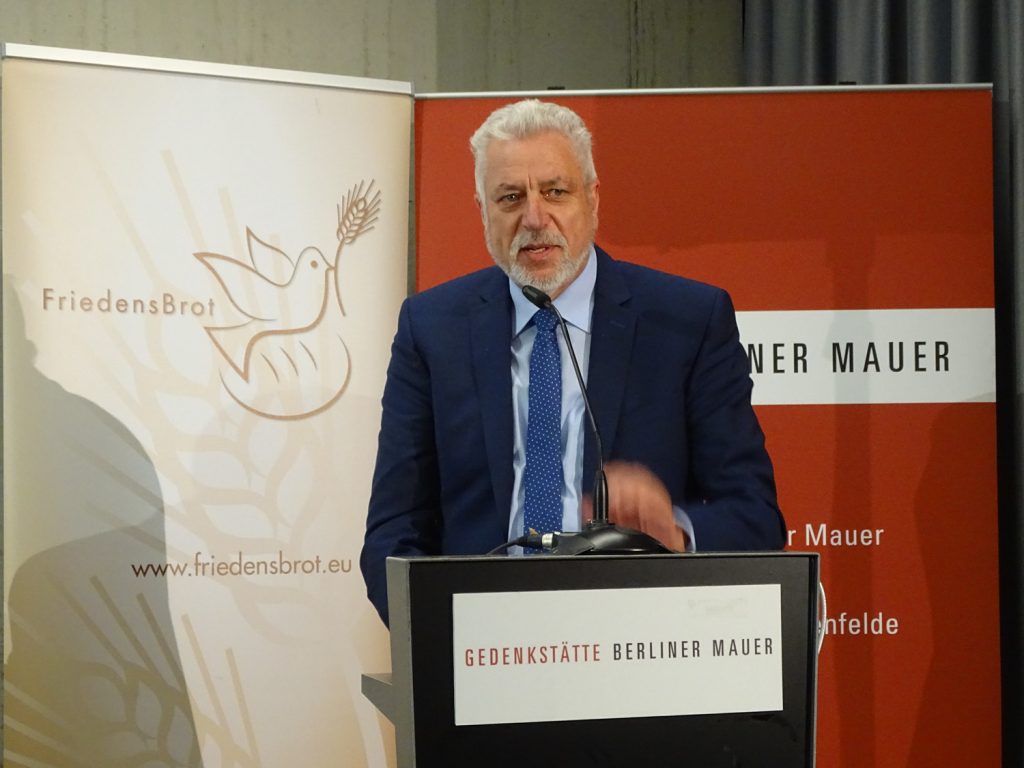 The managing director of the PeaceBread Association thanks the participants, a presentation of pictures shows the activities of the association in the last year and then he invites everyone to small snack. This has also become a tradition now.