6. FORUM FriedensBrot: “Country Women – Women for the country: Two biographies – one from the East and one from the West”

After the 6th FriedensBrot FORUM in 2020 had to be cancelled on account of the pandemic, the forum had its digital premiere in 2021. Around 50 members of FriedensBrot followed a highly interesting version of this well-established dialog format for discussions about peace, Europe, agriculture and rural areas on monitors around the country and in the offices of the “Land- und Ernährungswirtschaft” in Berlin.

The 6th FriedensBrot FORUM was devoted to the subject “Country Women – Women for the country: Two biographies – one from the East and one from the West”. For this could be won over two well-versed guests with exciting biographies as well as abundant expertise and experience concerning the topic. Conferenced in from Brussels was Marlene Mortler, member of the European parliament, and, from Gessin in Mecklenburg-Vorpommern, Dr. Heike Müller, chairwoman of the Mecklenburg-Vorpommern LAND-FRAUENVERBAND (association of country women) (Click here for more information on these two dialog partners of the 6th FriedensBrot FORUM (link to their biographies on the website)). “Right in the middle” and from Berlin Catarina Zanner of the RBB, who moderated this evening’s discussion for the 6th time now.

Before the discussion began, Mr. Anton Blöth, chairman of Friedensbrot e.V., opened the FORUM and – at the beginning – expressed his gratitude to all supporters and partners of the online version by which the association is entering new digital territory to prove that the FriedensBrot project and network is active even in challenging times. When introducing the two ladies, he referred to parallels and milestones of their biographies with that of the retiring Federal Chancellor, Dr. Angela Merkel. Mr. Blöth felt secure and convinced that Mrs. Mortler and Dr. Müller – each in her own rights – are just as strong regarding their contribution to the merging and cohesion of the country.

Speeches for the two long-term cooperation partners, the “Club der Agrardiplomaten” in Deutschland (club of agricultural diplomats Germany) and the Stiftung Berliner Mauer (Berlin wall foundation) were held by Bálint Illés and by Prof. Dr. Axel Klausmeier, emphasizing their positive and fruitful cooperation with FriedensBrot. Prof. Klausmeier specifically mentioned the successful regeneration of the soil of the rye fields at Bernauer Straße, with special thanks to Prof. Frank Ellmer and his team. Therefore, on the occasion of the 60th anniversary of the erection of the Berlin Wall, it was possible to show the President of the Federal Republic a thriving rye field having an outstanding significance for the Berlin Wall Memorial.

With his introductive words of greeting, Mr. Bálint Illés already started on the evening’s topic by highlighting the important role of women in agriculture and in rural areas with their knowledge, their experience and skills being a worldwide backbone for many millions of family farms, as also repeatedly emphasized by the alimentary and agricultural organizations of the United Nations (FAO).

For the best part of an hour, the audience of the 6th FriedensBrot FORUM had the opportunity of attending an informative and animated discussion between Marlene Mortler and Dr. Heike Müller about their partly very personal stories around the fall of the wall in 1989, their impressive gaining of a foothold, and their entrepreneurial and personal advance in agriculture, their motivations for the country women and political work, and their plea for a “de-ideologization” of the subject nutrition became impressively obvious.

In the first year of the fall of the wall, Heike Müller went through a “rush hour” year with marriage, birth of the first child, and pursuit of the academic career. Marlene Mortler experienced the 9th of November at home with her husband, overhappy, overwhelmed, and, just as Heike Müller, surprised at how little time it had taken.

Their work concerning the country women, professions, and politics, had not been planned and did not go the same way in East and West, but in the same direction: With a growing enthusiasm increased the engagement, then also the functions and responsibilities up into the top functions of the country women and trade work, as well as in the farmers’ association. Both ladies emphasized that their careers would not have been possible without the support by their families. Working for and with people formed them and provided them with ample experience for their current positions and functions.

Virtually passionate was the discussion regarding the topic “sustainable consumption and healthy nutrition”, a classic subject for country women, but, in the meantime, also a highly political one. For Mrs. Mortler, the subject is almost a matter of faith. Mrs. Müller pleaded for more appreciation for the work and achievements of the farming families. “At the beginning of each meal there is a farmer.” Everybody, whether vegetarian or other, should be aware of this fact, was the appeal by Heike Müller at this point. Both Marlene Mortler and Heike Müller argued for “eating with common sense” – i.e. varied, balanced, regional, and seasonal. These points being much more important than an ideological overvaluation of the subject of food.

Dr. Gibfried Schenk, Managing director of the FriedesBrot association, during his closing speech, advised about their activities during the time of the pandemic, such being rather challenging for a network which is defined by exchange of information and dialog. He pointed out in particular the 7th international conference “Frieden und Landwirtschaft” (peace and agriculture) which this year also had to be online. The high acceptance of this conference is still a cause of surprise and delight. With more than 100 persons attending, several ministers and high-profile representatives of governments and non-government organizations of the partner countries, the conference seemed like an “Eastern Europe Summit” according to Dr. Schenk. Finally, Dr. Schenk once again thanked all persons involved in the 6th FriedensBrot FORUM and, as a small symbolical token of thanks handed out little bags of rye from the field at Bernauer Straße. 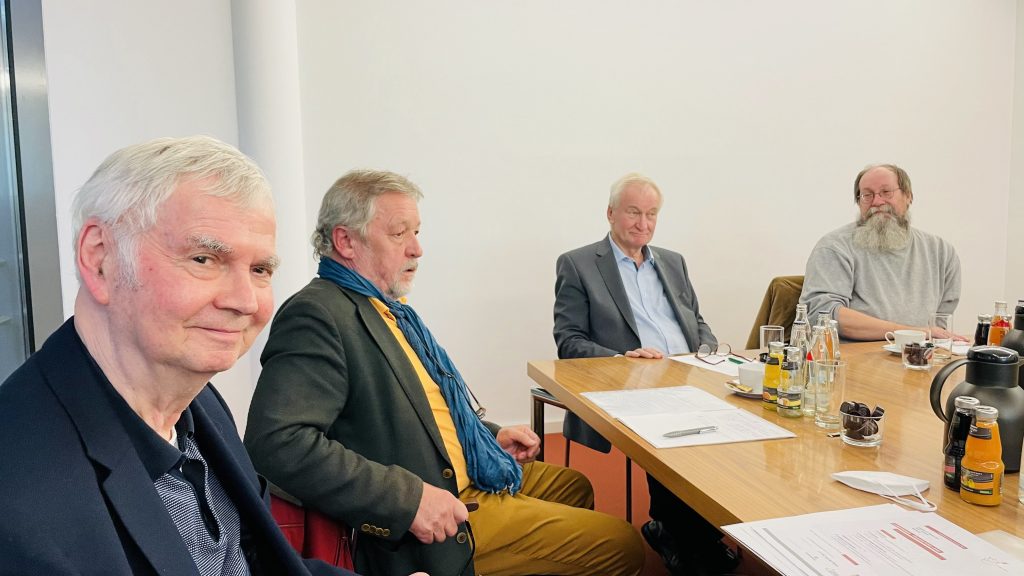 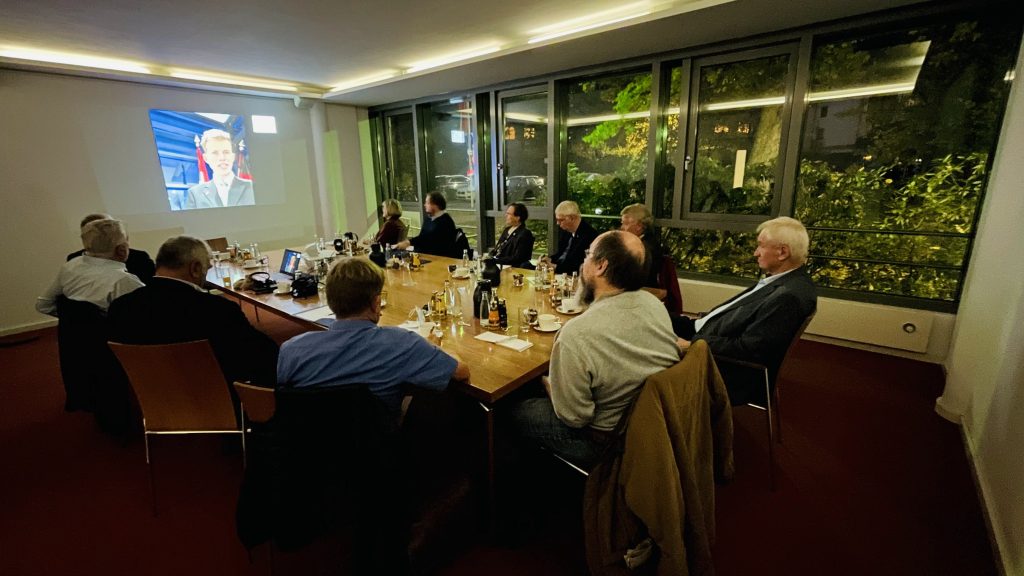 For a full-length recording of the 6th FriedensBrot FORUM please click this link.