A great day for PeaceBread project in Romania: The full report of 2013, Oct.10 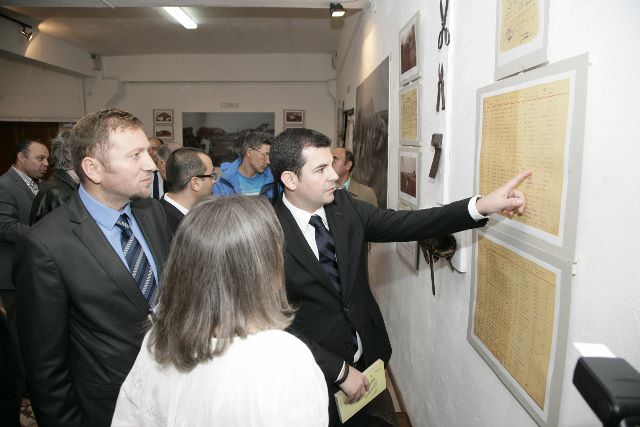 Considering the premises of the project, which aims to promote and raise awareness on the idea that sustainable agriculture, welfare and happiness can only be achieved in peacetime, the team from Romanian Ministry of Agriculture, together with the Institute for the Investigation of Communist Crimes and the Memory of the Romanian Exile, the main partner of the project, decided that the rye seeds from the “Death zone” in Berlin should be planted on a field from the former village Rubla, Brăila County. This is a place with a harsh history, which concentrates the tragic destinies of the numerous families of Romanians, Germans, Moldavians, Macedon – Romanians and Serbians who were displaced here in 1951 and the terrible fate of the former political prisoners sent here in house arrest. The former Rubla village, where today only one house still stands as proof of the past, is an important place on the Romanian communism memory map.

The main partners of the project are: the Institute for the Investigation of Communist Crimes and Memory of the Romanian Exile, Association of the Former Deportees in Baragan, the Foundation “Memory of a deportation – Fundata, June 18-19th, 1951” and the National Museum of Agriculture.

On 10th of October 2013, the Minister of Agriculture and Rural Development, Daniel CONSTANTIN started the first stage of the “Peace and Agriculture”, attending the vernissage of the Exhibition hosted by National Museum of Agriculture, featuring objects and scenes from the lives of those displaced in the Bărăgan region. 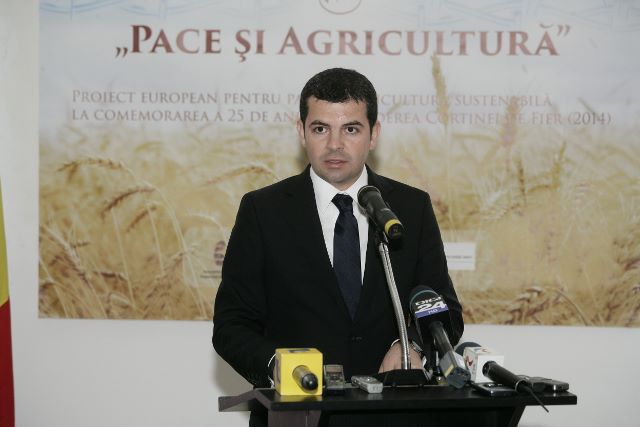 Following the exhibition, a press conference was held, and on this occasion the Minister of Agriculture, Daniel CONSTANTIN, presented the Peace and Bread project at the European level and spoke about the importance of agriculture in times of peace, highlighting the symbolic meaning of the place chosen for sowing the rye in Romania, where Rubla village once was.

Afterwards, the President of the Association of the Deportees in Bărăgan, the County Council President of Ialomita and the Manager of the Museum of Agriculture, all spoke about the history of the place and the importance of remembrance. 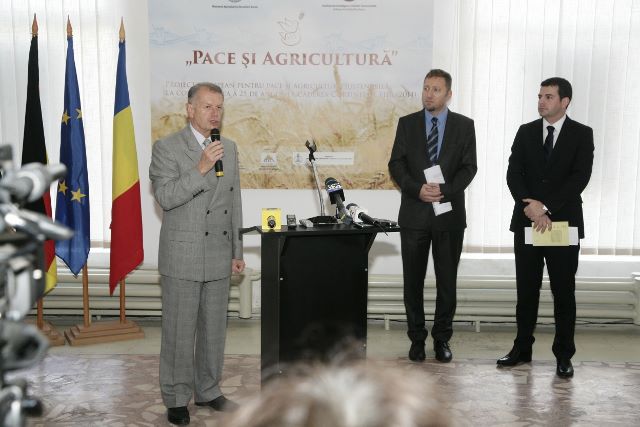 After the minister’s speech, the General Director of the Institute for the Investigation of Communism Crimes and the Memory of the Romanian Exile, Mr. Dan-Mihai TǍLNARU, spoke about the importance of never forgetting our dark past and about the significant contribution the Peace and Bread project brings to honouring the memory of the innocent victims of communism, who were robbed of everything, including their fundamental rights. Mr. TǍLNARU also emphasized the importance the Institute gives to educating the new generations and making them aware of the dangers of totalitarianism.

Afterwards, Daniel CONSTANTIN, the Minister of Agriculture and Rural Development, the other representatives of the Institute for the Investigation of Communism Crimes and the Memory of the Romanian Exile, and from the Association of the Deportees in Barăgan visited the National Museum of Agriculture.

In the second part of the day, Daniel CONTANTIN, Minister of Agriculture, accompanied by all the others representatives of the partner organizations and representatives of local and central media, went to Rubla for the ceremony of sowing 1,000 square meters of rye. 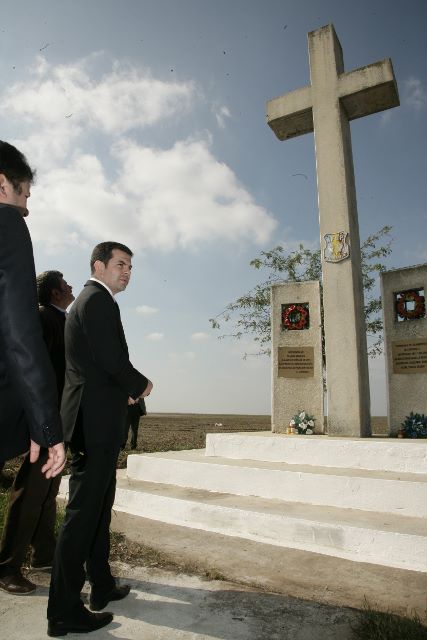 Before leaving former Rubla village, Mr. Daniel CONSTANTIN together with all the members of the delegation stopped for a little while at the monument built by the Association of the Former Deportees in Bărăgan, for honouring the memory of the innocent victims of communism.

Here the link to a comprehensive slide show:

You can pass through it, with the help of the little arrows that you can see under the presentation, or you can see it as a slide show, having the option of adjusting the time between slides:
Presentation 10.10.2013 Rubla