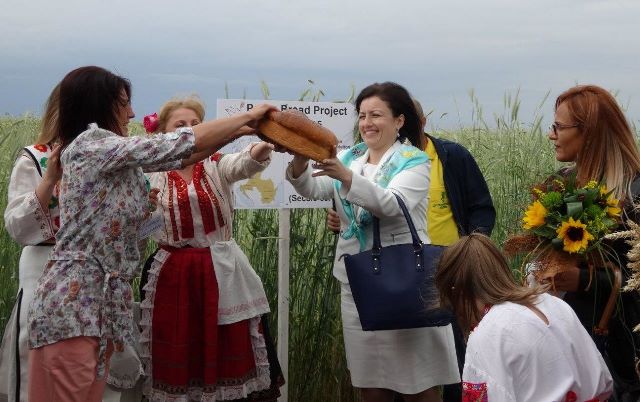 The harvest inauguration ceremony of Peace Bread Project took place in the Kubrat town area. The project has been implemented for the second consecutive year, this time being hosted by Mrs. Mariela Yordanova, Deputy Chairwoman of NGPA and Chairwoman of the Association of Grain Producers of Ludogorie. An official guest of the event was the Minister of Agriculture and Food, Mrs. Desislava Taneva.

“We want to add to the fragrance of freshly baked bread our diversity of Ludogorie traditions; to weave the freshness of the forest, the fertility of the land, the skills of women and the beauty of the damsels”. With these poetic first words of her speech, Mrs. Yordanova set the commencement of the ceremony.

The event was held in a traditional atmosphere of Bulgarian folklore. The program started with a brief presentation of the Peace Bread Project and introductory salutations in both German and Polish – in German, because the initiative began in Germany, and in Polish – because this year’s host of the European conference is Poland. Meanwhile, rye bread was prepared in accordance with old customs handed down from centuries, as Minister Taneva also showed her own kneading skills.

The ceremony continued with a briefing for media representatives who were acquainted with the Project in detail. NGPA also announced its decision to donate the rye yield as bread for people with special needs.This act will be carried out with the remaining amount, after NGPA sends a part of the rye produced for preparation of Peace Bread 2015 in Poland, and sets aside another part for autumn sowing. Regarding this year’s the rye condition – relatively favorable weather conditions allowed our rye crops to develop optimally with the 2015 yield therefore expected to be more than satisfactory.

The event proceeded to the rye field, where the harvest ritual was enacted and a prayer for health and fertility was told. The culmination of the celebration was a live performance of folklore music and dances. 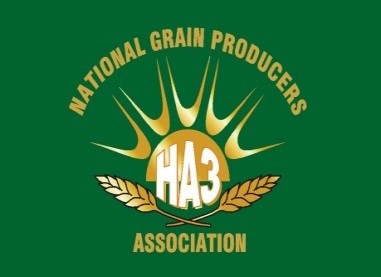 CONGRATULATION to and our big THANK YOU for this GREAT EVENT of our Bulgarian PeaceBread Partners!

We are happy about your invitation to PeaceBread conference in Bulgaria in 2017!