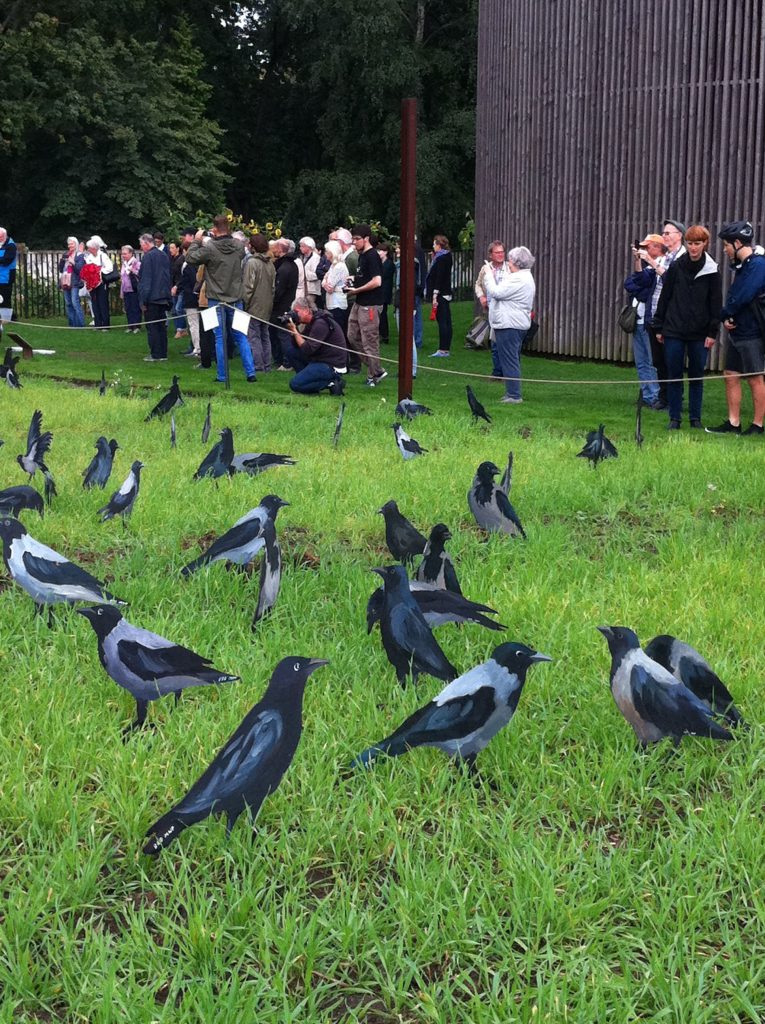 The small rye field that surrounds the Chapel of Reconciliation has surprised many visitors and inspired them to contemplate and inquire. A rye field at such an historic location; sowing, growing and harvesting as a metaphor for the change in the meaning of the death strip of the Berlin Wall- a strong symbol of peace. Recently the rye field has become an eye-catcher again: a big flock of crows populates the reaped rye field. Hundreds of crow sculptures were painted by schoolchildren, parish members and workshop participants within the scope of the “Art Project Crows of Berlin” under the guidance of the artists Natalia und Maria Petschnatikow.

During the separation of Berlin a spectacle could be observed: ten thousand crows used the borderland as a meeting point. And only here in Berlin bird colonies of the black-grey eastern European crow and the black western European crow were seen together.

The chairman of the PeaceBread Association Adalbert Kienle was a guest at the highly frequented opening event on September 6th directed by Pastor Thomas Jeutner. The installation of the crows on the rye field can be visited until September 24th.