FriedensBrot Donations for Initiatives in Ukraine 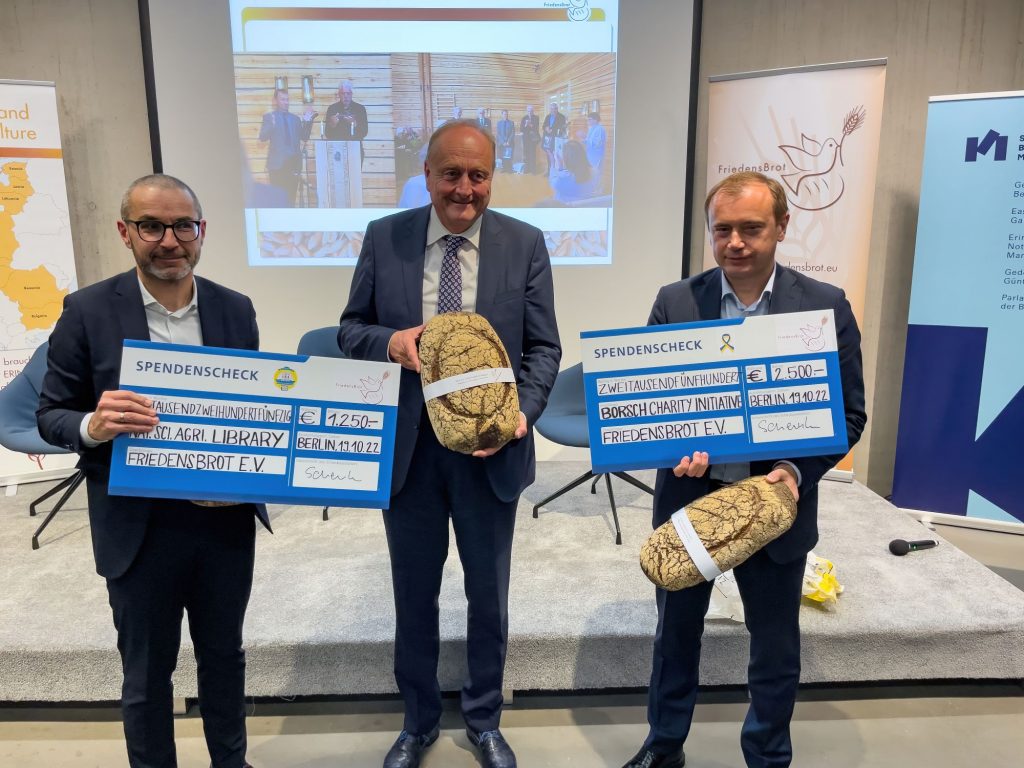 Within the scope of its 7th FORUM, the FriedensBrot association supported two Ukrainian initiatives with funds from its Ukraine fund-raising campaign which was started early this year.

One of these is the “Bortsch” initiative in support (seeds and plants) of Ukrainian families and farmers for home growing of vegetables for their national dish. For this initiative, Dr. Alex Lissitsa, member of the board of the Ukrainian agricultural association UCAB and discussion partner during the 7th FriedensBrot FORUM received another 2,500 Euro from the fund-raising campaign. Another tranche went to the Kiev national library of agricultural science for the digitalization of their valuable inventory as told by attending library staff members.

In total, the FriedensBrot fund-raising campaign yielded around 7,500 Euro from friends, sponsors, and members. In addition to the above-mentioned “Bortsch” initiative and the library in Kiev which had already previously received first portions of the donations, the “Union of Ukrainians in Romania”, was also considered with an amount of 1,500 Euro.

FriedensBrot wishes to express its thanks to all supporters of the Ukraine fund raiser.