Rye Harvest at the Chapel of Reconciliation 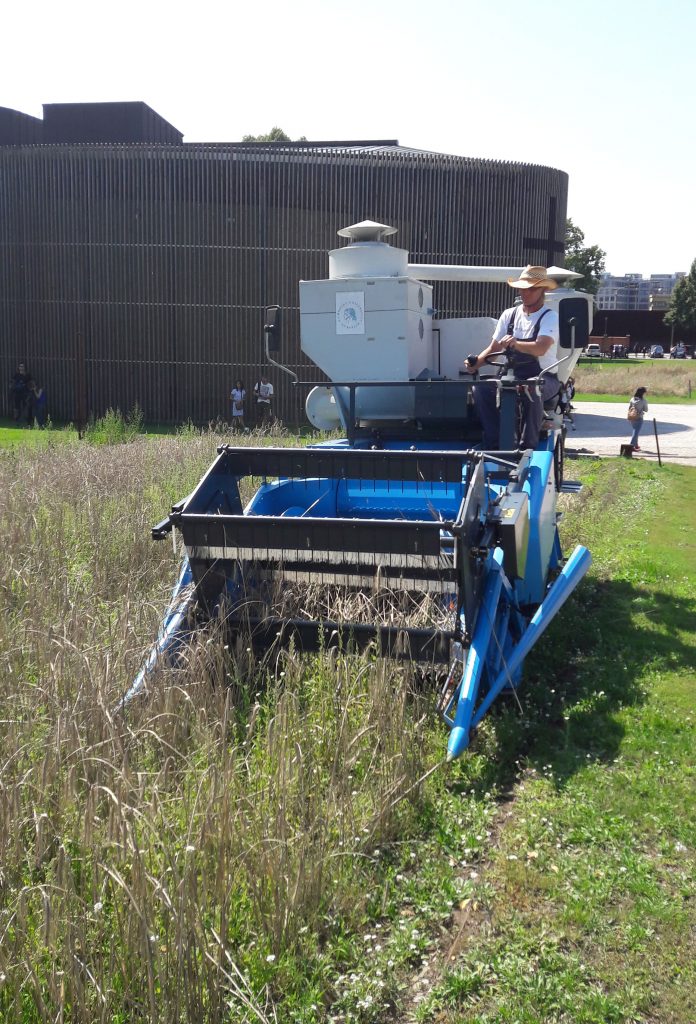 The rye field by the chapel of reconciliation had been tilled for the twelfth time in the fall of 2016. The plant stock developed good, made it through the winter and progressed rather positively in the spring of 2017. The visitors of the Berlin Wall memorial were thus able to enjoy the view of a billowing rye field. But the following weather conditions proved to be more challenging for the grain. More than 200mm of rain came down over Berlin, fourth the times of the usual amount. The month of July was even humid with 212 mm. This even broke the record mark of 159mm from July 1954 by far. Therefore the plant stock collapsed by the start of July. The scheduled harvest event on July 26th had to be cancelled because of permanent rain. Only in the afternoon of August 1st the plot combine harvester of the Albrecht Daniel Thaer- Institute for Agriculture and Horticultural Sciences of the Humboldt University in Berlin was able to retrieve the harvest. Despite the difficult conditions approximately 200 kg of rye were brought in. They will be processed and placed at the disposal of the Chapel of Reconciliation and of the International PeaceBread project.

This year’s rye harvest has been followed by the public with much interest. Several radio- and television stations reported the event and made it known throughout Germany.

Now the soil is being prepared for the sowing, which will happen by the end of September. Therefore the rye field will again present a greening, growing and eventually maturing framework for the Chapel of Reconciliation in 2018.