Dedication of the Field of Peace at Kärsämäki in Finland 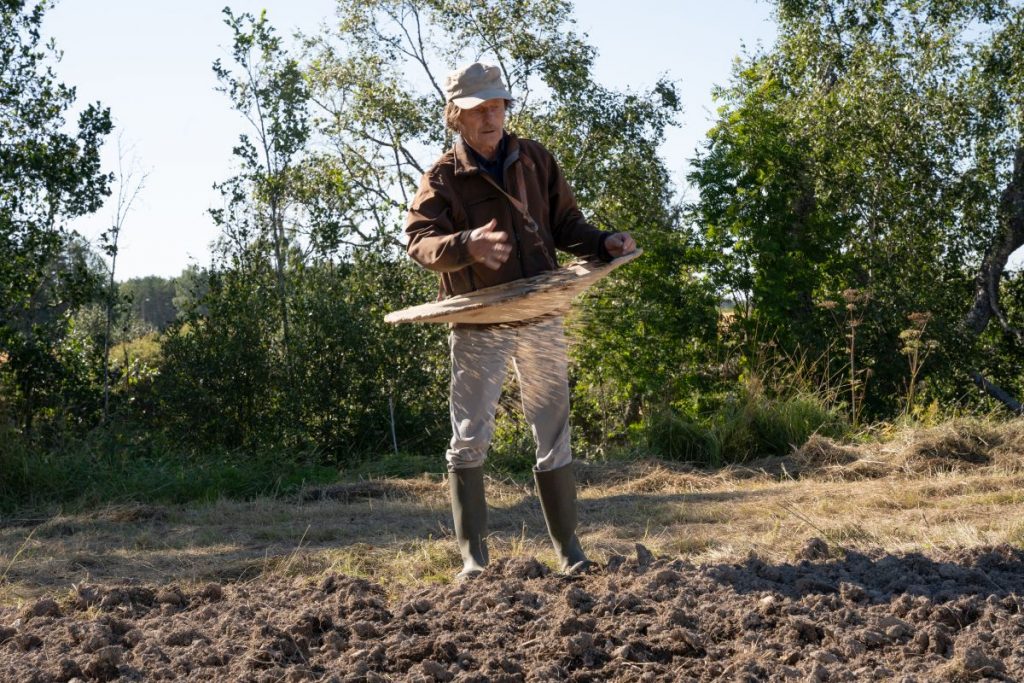 Vice chairman Udo Folgart and Managing director of the association FriedensBrot e.V. Dr. Gibfried Schenk at the invitation of Ms Hanna Karsikas, chairwoman of the friends’ association of the shingle church, attended the dedication of the Kärsämäki Field of Peace.

At the initiative of the architect Mikael Merenmies, who lives in Berlin, this peace field in the north of Finland was tilled with rye seed from the field of the Berlin Wall memorial in Bernauer Straße. Fresh Berlin rye was dedicated to old tradition and sowed.

The festive ceremony at the edge of the field and in the wooden shingle church built to old tradition was attended by Ms Esa Jussila, mayor, Ms Ira Toppinen, referent for education and culture, and numerous residents of the Kärsämäki community.

During impressive speeches were condemned the war in Ukraine and affirmed the general support for the attacked country.

Famous actress Eeva-Maija Haukinen and baritone Esa Ruuttune provided the ceremony with a supporting program of the highest artistic level.

The international FriedensBrot network will discuss the attendance of the friends’ association of the shingle church as a permanent guest of the network on the occasion of the annual conference in Slovenia at the end of October.