(Report in 5 parts) The solemn finale was set at the place where the idea of PeaceBread had initially been started. Welcomed by magnificent late summer weather, participants of the conference as well as visitors of the Berlin Wall memorial site at the Chapel of Reconciliation at Bernauer Straße gathered for an ecumenical service with […] 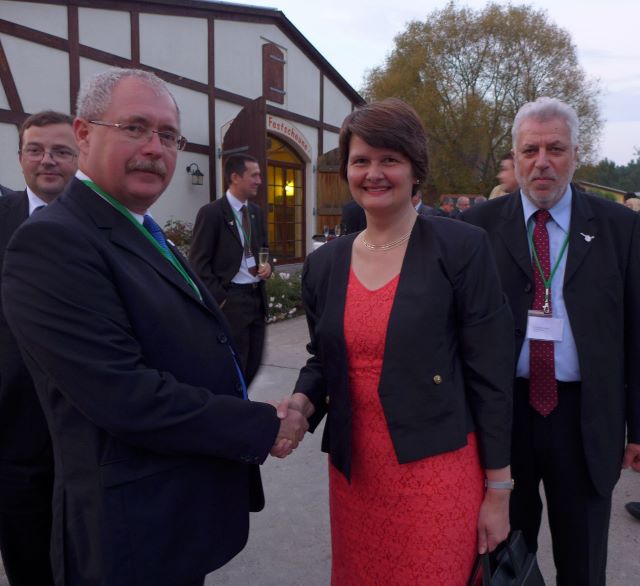 (Report in 5 parts) Reception “Brandenburger Evening” on September 30, 2014 in Beelitz Signing of the Mutual Declaration to the Forum “Peace and Agriculture” The busy conference day came to an end with a “Brandenburg Evening” in the convivial venue of the Jakobs brothers, producers of asparagus in Beelitz. Gunter Fritsch, President of the Parliament […] 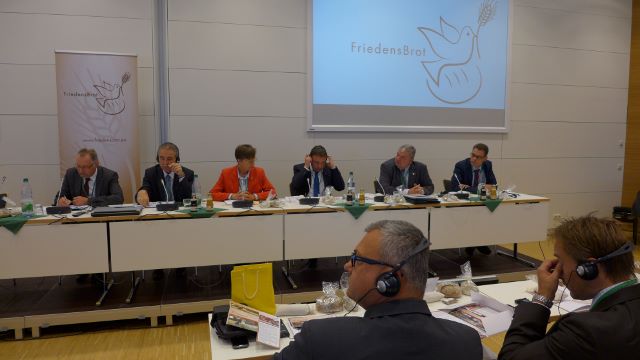 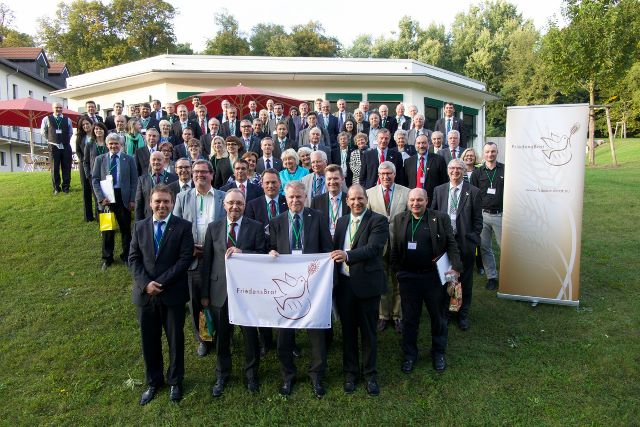 Flyer conference 2014 Film on Ceremonial Act (Report in 5 parts) Welcome evening “Welcome to the Seddiner See” in Seddiner See on September 29, 2014 Participants of the 12 European PeaceBread partner countries as well as guests from further eight European countries and the United States of America received a warm welcome at the evening […]