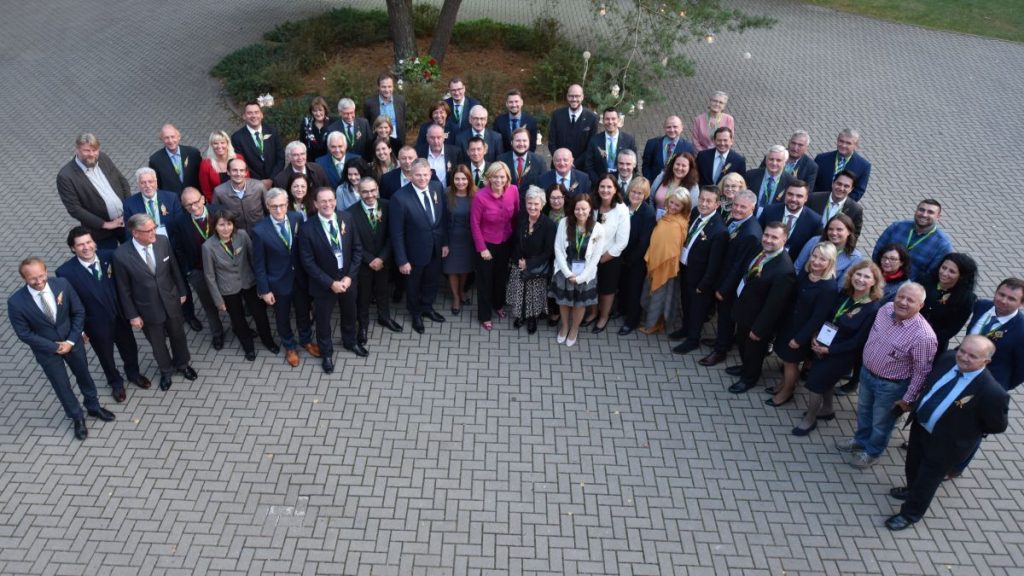 Vilnius, 24.09.2019. Our first result of the 6th PeaceBread-conference in Vilnius was picked up by the press office of AgraEurope.
Under the headline „Agriculture needs a `cool´ image” Rainer Münch writes:
“A positive result of the PeaceBread-conference in Vilnius was drawn by the chairman of the PeaceBread Association, Anton Blöth. The now sixth meeting has shown that PeaceBread has developed into a format “with a real European added value”, Blöth said at the conclusion of the three day long conference in the Lithuanian capital. The participation of the Lithuanian Minister for Agriculture Andrius Palionis, as well as his Slovenian counterpart Aleksandra Pivec and the German Federal Minister for Agriculture Julia Klöckner are proof for this.

The PeaceBread chairman also emphasized the important role of the European civil-society. A lot of participants of the conference were members of rural non-governmental organisations from Germany and the eleven Central- and Eastern European partner countries as well as a number of members from the EESC, the European Economic and Social Committee. With PeaceBread a multilateral network has been created in which the challenges of today for agriculture and the rural areas can be discussed.

An emphasis of the discussion was the focussed on the increase of the elderly within the agricultural population in most of the EU member countries. “We have to convey a modern and relaxed picture of agriculture to make the sector attractive for young people”, Blöth stressed. The motto “AgriCOOLture” which was characterised during the panel with the civil-society representatives gets to the heart of it. A “cool” image can make a contribution, along with the classic topics like access to land, funds and education, to win young people over for agriculture and to improve its image within the urban population: “I believe that this is imperative during the current heated agrarian and sociopolitical discussion.” Blöth said.

Furthermore it was reported by the press office that the German Federal Minister Klöckner “explicitly acknowledged” the PeaceBread initiative. She also referred to the annual PeaceBread conference as a “ piece of actively lived European integration”. The PeaceBread activities can be seen as “an encouraging and strong sign in times where we feel that the European idea is increasingly under pressure.”, AgraEurope quoted the Federal Minister, patron of the PeaceBread project.

Pictures: Ministry of Agriculture of the Republic of Lithuania & Julian Haase