Soil of the rye fields at the Berlin Wall Memorial improved 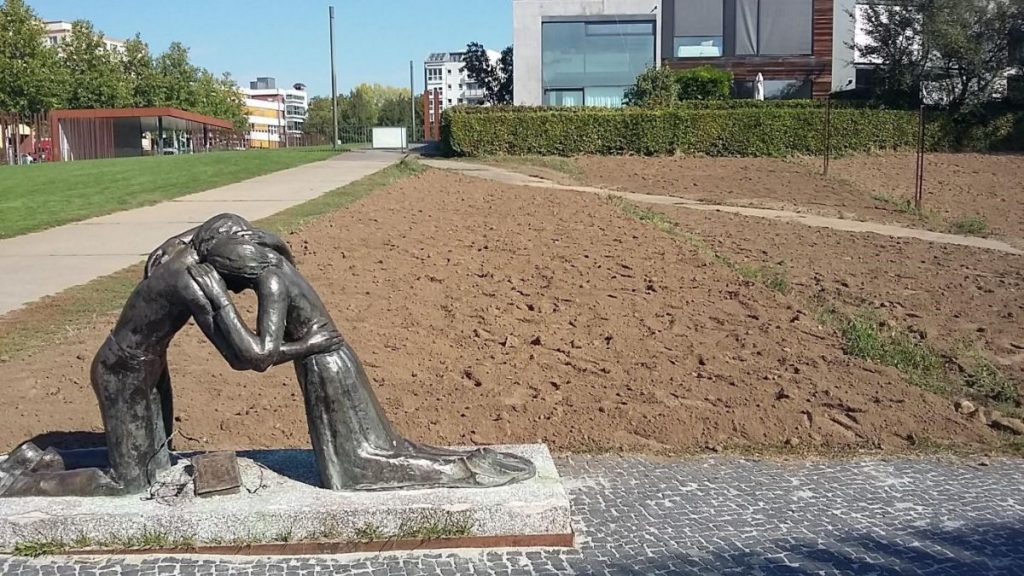 An essential part of the Berlin Wall Memorial along Bernauer Straße between Ackerstraße and Brunnenstraße is the annual cultivation of rye at the Chapel of Reconciliation. This project goes back to an idea of the sculptor Michael Spengler, who sowed rye around the Chapel of Reconciliation in 2006 together with the congregation of the Church of Reconciliation in order to establish a symbol for becoming and developing, maturing and passing away in nature as well as in human life.
Since 2014, the rye seed of the Wall Memorial has also been grown in the eleven partner countries of the European PeaceBread Project: Bulgaria, Croatia, the Czech Republic, Estonia, Hungary, Latvia, Lithuania, Poland, Romania, Slovakia and Slovenia.
Since the first harvest in 2006, the project has been scientifically accompanied and technically supported by agricultural scientists from the Humboldt University of Berlin. This includes the annual reworking of the soil, the sowing of rye at the end of September/beginning of October, the care of the growing crop in the following spring and finally the harvest of the ripe grain towards the end of July each year. On July 23rd 2020 the 15th harvest in a row was brought in. With a yield per hectare of only 8.3 dt/ha, however, this was more than modest. This is about one tenth of what is achieved in agricultural practice. The main reason for this was the unsatisfactory condition of the soil, which was brought in during the expansion of the memorial in the years 2010/11 instead of the originally grown natural soil. This is a compost-containing substrate, as it is usually used in gardening and landscaping. For the arable cultivation for the annual cultivation of rye it proved however as possibly badly suited. Repeated cultivation caused the soil to become crumbling, resulting in a progressive deterioration of its structure. As a result, the water and nutrient storage capacity in particular was severely impaired, so that the plant stocks could no longer be adequately supplied in spring and were in a very poor condition until summer.
To remedy this serious shortcoming, it was decided in 2018, together with the Berlin Wall Foundation, to implement a project to improve the soil situation. After two years of preparation, it has now been implemented from September 21st to 24th, 2020. The company BIOWORK GmbH from Groß Kreutz, district Potsdam-Mittelmark (Brandenburg) (http://www.biowork-gmbh.de/) took over the necessary work. It delivered 200 m3 of arable clay soil from a topsoil landfill in the district of Havelland (Brandenburg) and distributed this good mineral soil at a height of approx. 10 cm evenly over all the plots of land in the rye fields, which cover an area of around 2000 m2. For the following 16th rye sowing, a fundamentally improved location is available, both in terms of soil physics and soil chemistry, which will have a significantly positive influence on the growth, development and yield formation of the grain, so that a more positive harvest balance can be expected for 2021.

PrevOn the death of Prof. Dr. Christian Bonte-Friedheim
Presentation of the PeaceBread to the patron of the project PeaceBreadNext